Save Notre Dame From Wreckovation 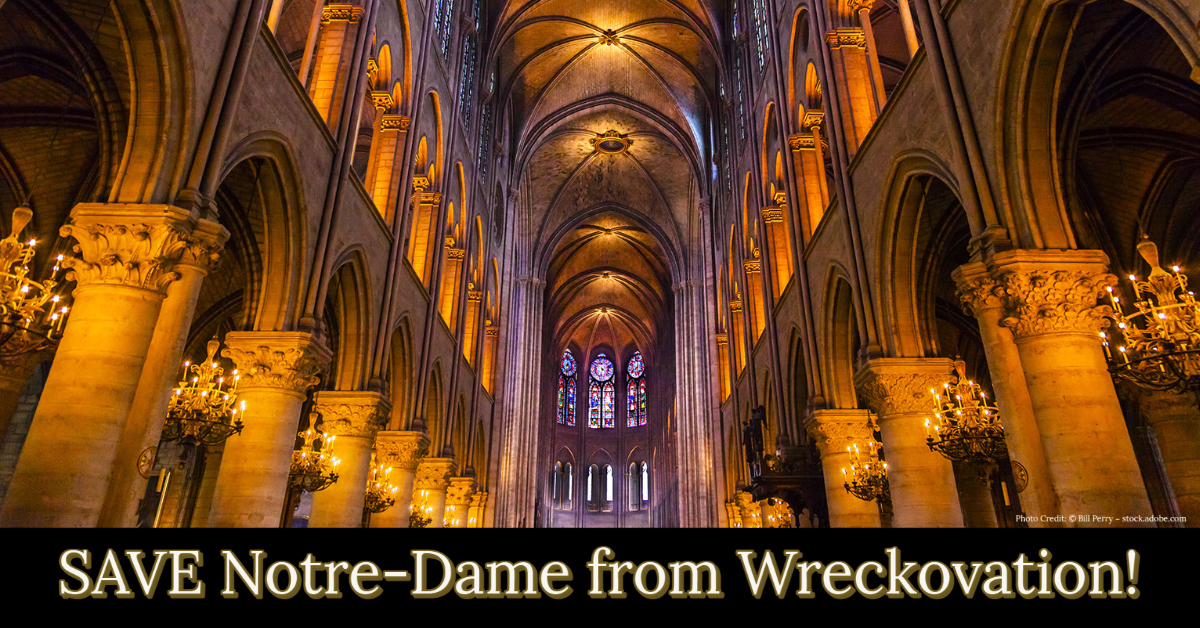 The diocese of Paris is preparing to “modernise” Notre-Dame.

In reality, the most famous of French cathedrals could be disfigured according to specialists.

We even fear that it will take on the appearance of an airport hall!

Please ask the apostolic administrator of the diocese of Paris, Mgr Pontier, to immediately renounce this project. Please sign the petition and share among your friends!

Notre Dame de Paris was built at a time when the “philosophy of the Gospel governed the States”, in the words of Pope Leo XIII. The art developed by the contemporaries of Suger and St. Louis speaks not only to the intellect but to the soul. The queen of cathedrals is a jewel box of beauty destined to receive the most sacred thing in the world: the holy sacrifice of the Mass. Its silhouette makes it immediately clear that it is a ship that leads souls to Heaven. Each of its stain-glass windows, statues and stones are dedicated to the glory of God. Today, Notre Dame’s harmony and sacrality is threatened by the diocese. Alas, this is only half a surprise.“In the 1960s, the French clergy interpreted the Second Vatican Council by implementing, in the name of dubious modernism, vandalism unheard of since the French Revolution,” rightly recalled Didier Rykner, president of La Tribune de l’Art.

Your Excellency, will Notre Dame be the next victim of post-conciliar vandalism? To bring “modernity” into this building would be to defile it. It would also offend the One to whom Notre Dame is consecrated and whose name it bears. I, therefore, ask you to put an immediate end to the project adopted by the diocese.

With the assurance of my profound respect,